You are in somebody else’s body. They took everything from you: your skills, your achievements, your family and friends.
You ask for help but nobody believes you.
So you get yourself a gun.

Identity swap, threat, blood, doubt, chance.
Wannabeez is a modern and appealing gore project. Initially it has been developed for the web, because even if in Italy it’s still a growing market it has a wide audience potential. It is inspired by the graphic novel and it exploits the versatility of animation to produce high quality contents, consistent with the new media language.

Storyboard of the trailer

Storyboard of the trailer

Two boys and two girls are spending the night in a country house to celebrate their friend Bruno, who is about to leave for a new job abroad.
Bruno is late though. At his place, a big man armed with a gun shows up on their doorstep. While keeping the 4 friends hostage, he tells them three unbelievable body swap stories. Finally, he says he is Bruno, trapped in another body. Bruno actually sneaks up on the big man and, after a scuffle, he manages to disarm him.
Emily, one of the girls, picks up the gun and fires!

Wannabeez – the web series, will be presented as an animated comic book series. An unconventional language that fits well the new media storytelling thanks to its fast audience experience, its effectiveness and strength.
The visual is dark with big contrast. Wholly black and white , the only color used is red.

The artist and the director will change based on the stories being told, generating a consistent and well-timed exchange of style.

Wannabeez – The game tells us the crazy story that puts together two characters that don’t seem to have any links between them, till each one finds himself living in the body of the other.
The protagonists will be continually between the desire to reveal their true self  and the need to make sense of the new condition by trying to take full advantage from it. They’ll have to make choices that will lead to new and disturbing scenarios.

What will a fireman who has just lost his leg in a serious accident, do if he suddenly finds himself in the body of a swimmer in the first year of college? What brings together the two characters thrown into one another’s body?

The game is presented as a telltale game, where a storytelling characterized by numerous strokes and plot twists is the driving element. The story unfolds through a series of situations that the player is called to overcome by skill tests, choices – often moral and gathering and managing information etc, sometimes favoring the impetus of the “guest” personality, sometimes following the conventional and socially acceptable action of the host character.
Each choice, every action, brings with it consequences and an unexpected development of the narrative path. 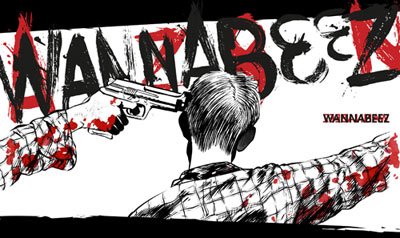